Just wanted to check in and let you all know that things are finally moving again here. I got some good news on Monday, which is to say that my oncotype came back and there’s no indication that chemo will reduce the chances of a recurrence, so I am off the hook for that (and enormously relieved, honestly). And the Infamous Seroma has healed enough that unless there’s some kind of additional complication, I will FINALLY be having my radiation setup, CT, and simulation on Monday morning.

I had the energy to go for a long walk this morning (about three miles) and it was glorious. Bright, not too cold, and the gusty wind was brisk rather than bitter. I watched it strike hammered rows along the surface of the lake and felt very lucky.

I also started tamoxifen this week, and I have some feelings about that, oddly enough. I’ll get over myself, though.

Onward into the future, I guess!

Just wanted to let everybody know I came through yesterday's surgery fine, and I'll probably be writing a public newsletter post with some of the grosser details for everybody's enjoyment. My surgeon was great, my anesthesiologist was named Dr. Faust, and I'm in remarkably little pain all things considered.

(My newsletter is here. You don't have to subscribe to get the public posts--just click the subscribe button and then abort when it asks you for money, The paid level is just for people who want to throw money for the locked posts or commenting privileges.)

I'll find out about my margins and the lymph nodes next week, probably.

Surgery on Monday the 27th. Can't wait to have it over with.

Just wanted to let everybody know that my surgical consult is on Thursday afternoon, and I expect to be scheduled rapidly for surgery after that. If that goes well then I can look forward to a month off to heal and then radiation. If it goes poorly, alas, it's probably straight into chemo but right now that is considered unlikely.

Scott can't come in to the consult with me because plague. I'm going to ask if I can record it.

Got my You Are A Cancer Patient Now covid booster which was surprisingly emotional. Cue crying in a CVS. Could be worse... so glad I'm not doing this last year.

Life is a thing, isn't it? I feel like my PTSD is pretty well managed most of the time, but lately I've been feeling very cheated by the fact that it seems like every time I get my own shit together, something happens that sets off all the hypervigilance and anxiety again. I think I'm going to look into more treatment when this is over: there's some good techniques that didn't exist twenty years ago, such as the stellate ganglion block.

It's interesting to realize that in a peri-Pandemic world, we've all got hypervigilance issues. Maybe this will also lead to better PTSD treatment in the long run, which would benefit Everybody.
Stay frosty and fuck cancer.

One thing I'm finding upsetting is how much food I've had to throw out over the past couple of weeks as the cancer bullshit and stress eats our lives. Usually I enjoy being thrifty and not wasting, but the energy to cook and deal with things is lacking, for obvious reasons.

Oh well. Life is what happens while you were making other plans.

Ages since I updated, and I'm sorry.

This is one of those bad news but not the worst news posts, which is to say that I've been diagnosed with early stage breast cancer and am in the process of scheduling surgery and radiation for it.

This means that The Folded Sky will probably be a little delayed, because at least two months of my life are going to vanish in a puff of waiting rooms and lasers. The good news on that front is that I'm working on the copy edits for The Origin of Storms right now and those should be handed back very soon. And I think I'll get the short story I'm working on finished by deadline, too.

Also, if anybody wants to buy a couple of memberships for WFC, we're, uh, not gonna make it.

Don't fret about me too much: I've got a great care team and a great group of local family and friends, and the odds are in my favor. The survival rate for early detected breast cancer is 99% these days.

I expect to be crushingly bored and annoyed and somewhat terrified for three months or so, and then suffer through biannual mammograms for the rest of my life, however long that is.

Also this biopsy bruise is a real doozy.

If you want to show solidarity, a simple "Fuck Cancer" will suffice. Right now I don't need anything, and I probably won't until the radiation starts and the fatigue sets in. If I do I promise I will yell really loud.

Basically, this morning was nothing but the highest quality kitten cuddles, as Duncan and Molly were being unbelievably cute. 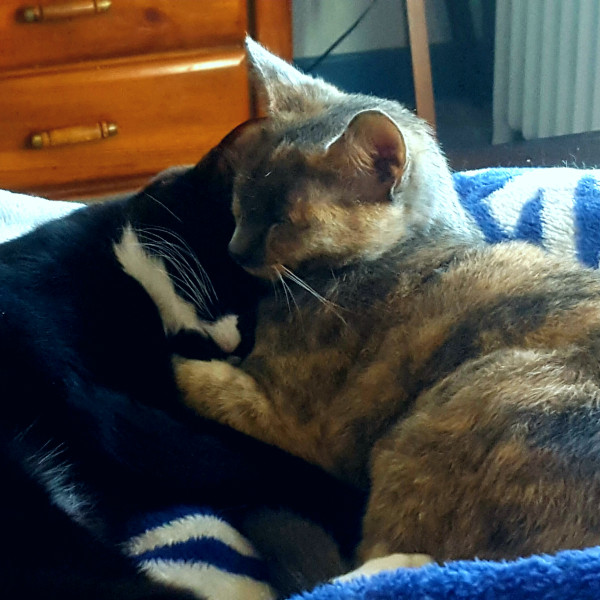 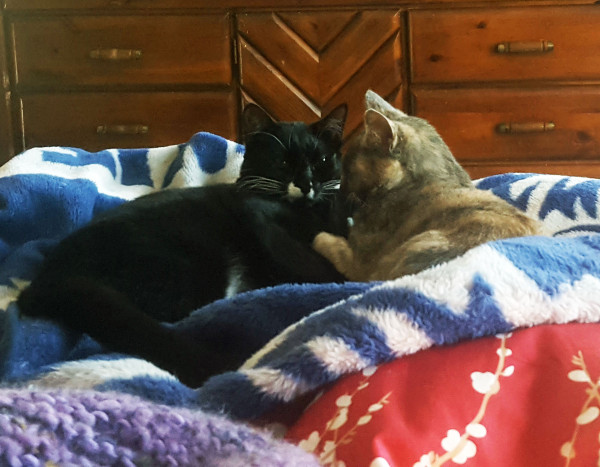 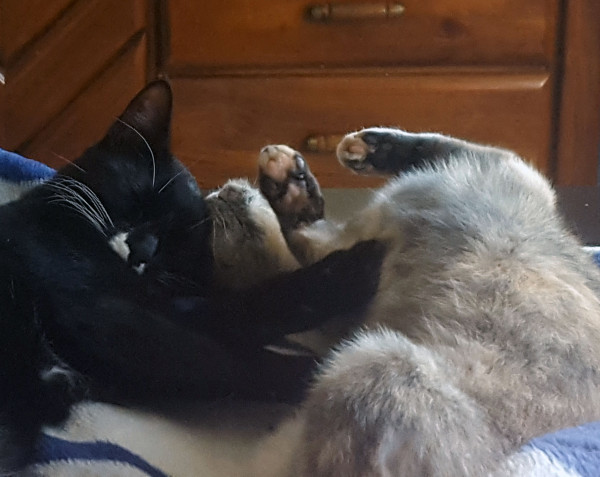 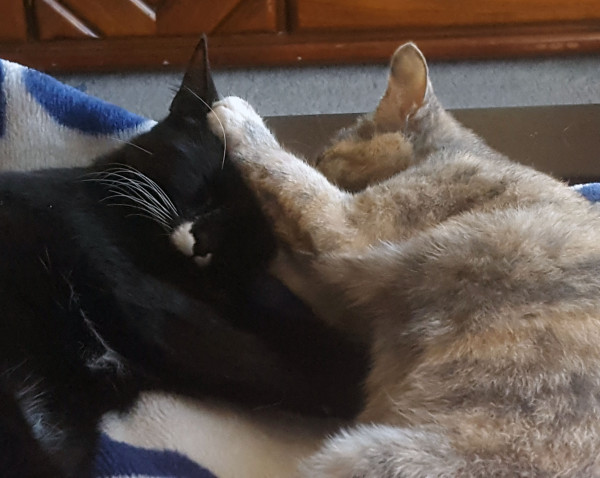 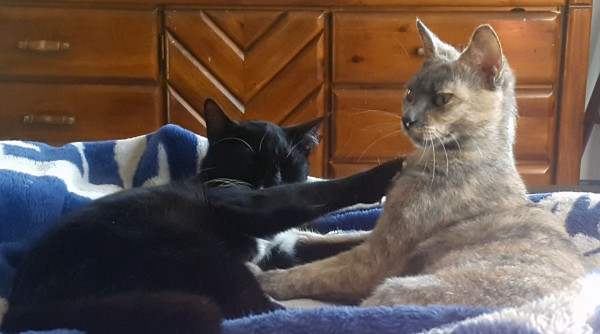 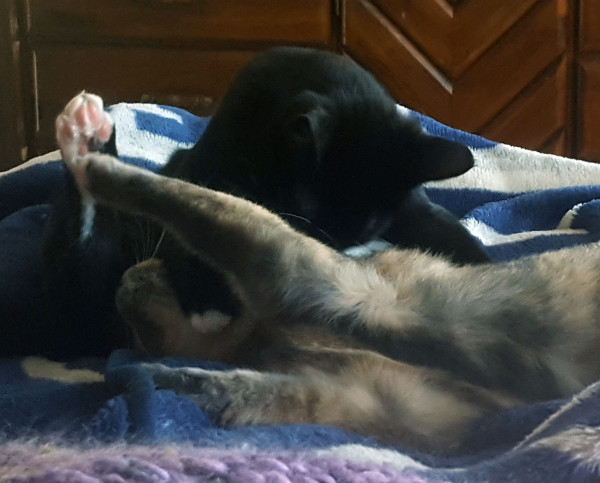 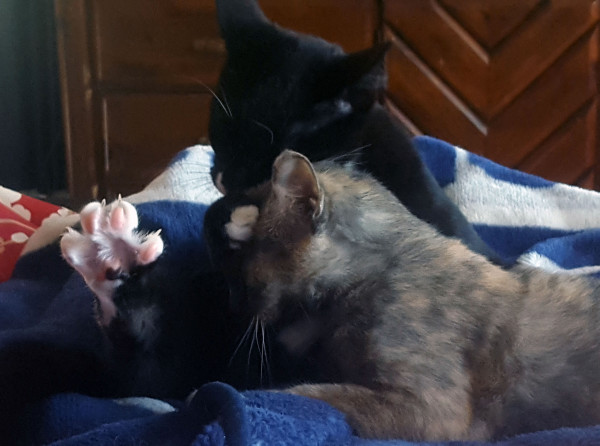 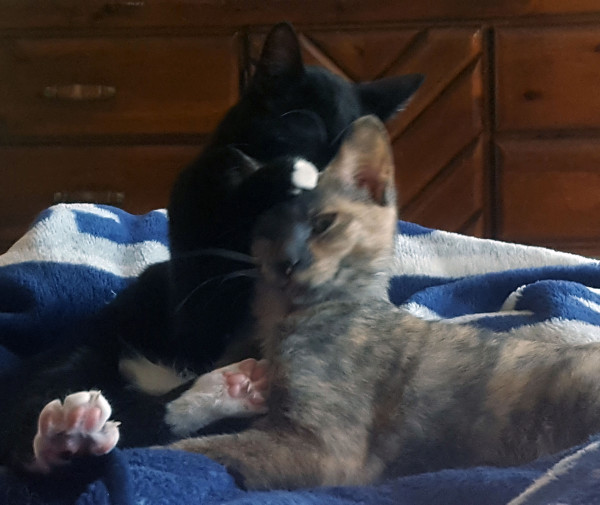 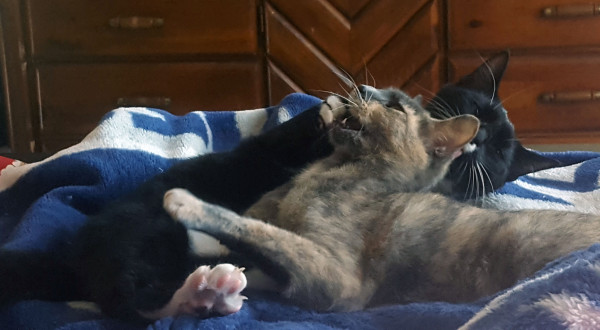 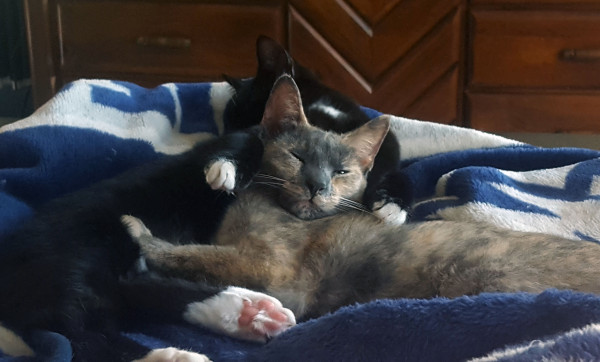 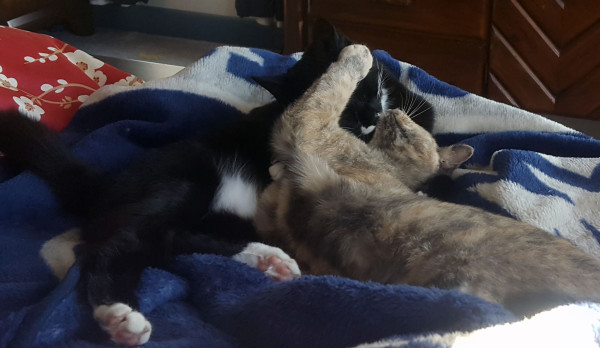 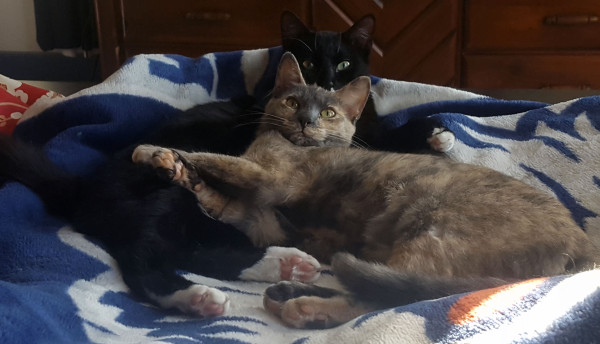 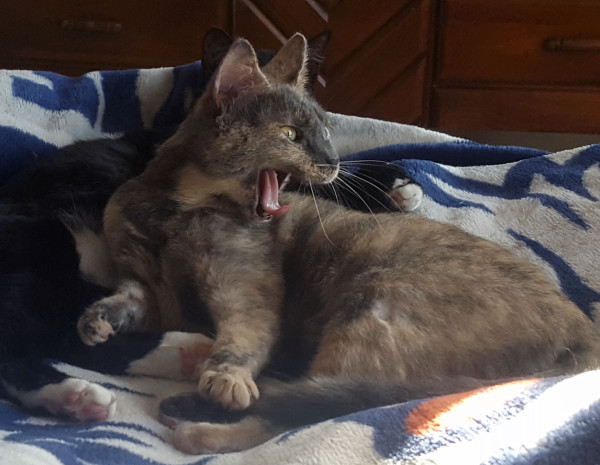 All tuckered out from cuddling so much.

A draft, a veritable draft.

3300 words today to finish off my untitled Shirley Jackson inspired SF story, which was supposed to be 7000 words and is 9500. AND IT'S DONE DONE DONE.

Because not revised, and I am waiting to hear back from an editor on how much it might need to be cut.

Also, O HAI THERE KAREN IS BACK! A new novella from Tor.com, edited by

I have a new newsletter at Tinyletter. If you're not subscribed, you can read it here.
Collapse