As promised, photos of the GRD (and his llama, and my roommate's feet). 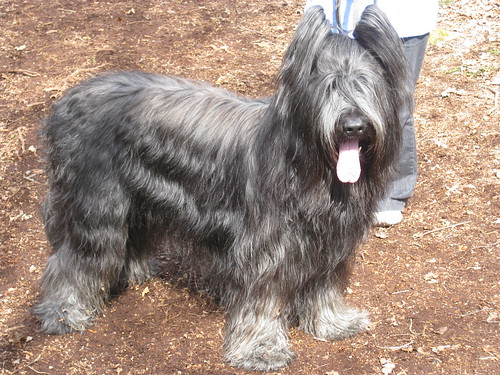 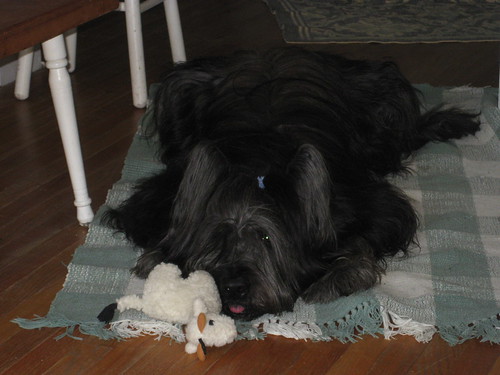 He has a teddy bear, too.

We went to Valley Falls park today for a walk, and to see how he did in a setting where there were other dogs around. He was nervous about them, but showed no sign of aggression at all, and was very happy to let me make sure they didn't come near him. He did not know how to jump over streams, so we had to learn, but once I showed him he thought it was a pretty good trick. Also, it only took him two bridges to realize those weren't going to bite him either.

As you can see, he is giant. And ridiculous.

My mom's kennel web page is here. It includes a fair amount of starter information about Briards. Photos of Ace's father, Tazzy, as a young dog are on this page.

If you went and looked, you might find a new DVD extra up on Shadow Unit.


In other news, reconstruction on One-Eyed Jack & the Suicide King proceeds apace. By the time I go to sleep tonight, I suspect I will have everything done except the three scenes I need to write.

darling: It doesn't work like in the movies, but the kick from a nine millimeter's enough to convince you to sit down pretty good, if you're off balance, and almost everybody's off balance when he's just been shot.