A funny thing happened on the way to the--

no, wait, that's not how the story goes.

At some point in the past couple of years, I've lost control of my stories. I mean, not--not like I had no control over them when I started writing, and just did things in any way I could because I didn't have the toolkit to choose how I was going to try to accomplish any given task. It was all brute force and ignorance, and not a lot of technique.

No, I still remember how to write. I still have all the tools in my toolkit, and I know how to use them. It's not the writing I've lost control of.

It's the stories. They've gotten... well, all the tidy has come out of them, and some of the calculation, and some of the rigid adherence to structure. They feel kind of wobbly and loose and ambiguous in my head. It's been scaring me, because I've been getting this sense that what I'm writing these days is not just not under control, but not controllable at all. Like there's bottom down there I can't see.

But based on the reactions I'm getting to them, that's working out okay somehow.

See, I used to know what the structures did, what they were there for, what work every piece did and how it affected the balance of the whole. I was a watchmaker. I had figured out how to build these machines and I could speed them up or slow them down. They didn't control time, but they were excellent devices for measuring it, quantifying it, making it observable and maybe even comprehensible.

And then suddenly I couldn't do that anymore, couldn't make those approximations that make something incredibly complex and contradictory more easily apprehensible.

I was panicky about it. I felt like they were all wrong. They were broken; they weren't working.

You don't own an organism. You negotiate with it.

These days the damned things are less like fine-geared pocketwatches and more like TARDISes--full of mysterious clankings and familiar spirits. Quite possibly possessed, a little bit random and out of control, never quite doing what I expect when I expect it. But actually in tune with something nexpressible about the nature of time, rather than just measuring each second ticking past.

And bigger on the inside than on the outside.

They seem to have taken on a life of their own.

I guess I have to start thinking of them as partners rather than tools now. That should be interesting.

aliettedb), Campbell Award nominee and all-around hoopy frood, is doing a really interesting series of historical posts about the setting of her new fantasy series, Obsidian and Blood. (I have read the first book, Servant of the Underworld, and it was good. Bloody, but good.)

1) The Valley of Mexico

She has, to all appearances, done her research. ;-)


I have eaten cottage cheese (how come I never remember how much I like cottage cheese until I buy it because it's on sale?) and am about to make tea. Then I will go watch TV and think about Grail (I am confident in my deadline, even though it's only three months off. This worries me a little. Can I possibly be becoming innured to the damned things?) and brush the dog for a while, before resuming my Editorial Functions for

Poor dog, he doesn't know about this yet.

This is such a Stephen Reyes song.


I'm serenaded by a chorus of a thousand burning cigarettes
You've been taking chances, mama
While I've been placing bets
So tell it to the ashes, they know we served
It may be good for the soul but it's hard on the nerves 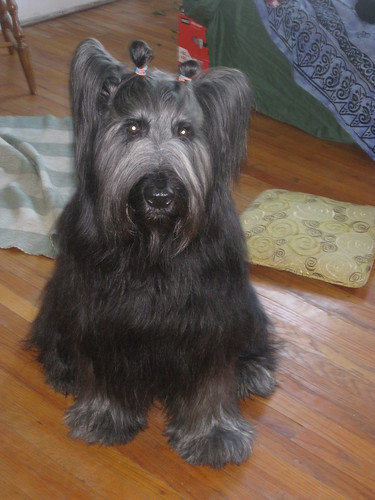 2010, and why I will not be attending many conventions this year. My deadline dance:

The Steles of the Sky: November 2