Thank you for letting me grow up, and write books, and rescue a few dogs and cats, and be a godparent and a friend, and fall in love, sir.

Let's keep up his good work, shall we? 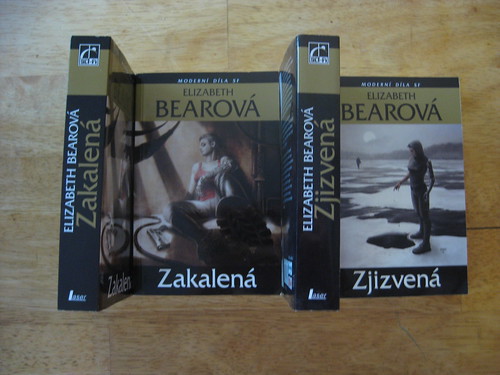 Czech editions of Hammered and Scardown, in my hot little hands at last!

...anybody speak enough Czech to tell me what the titles mean? ;-) 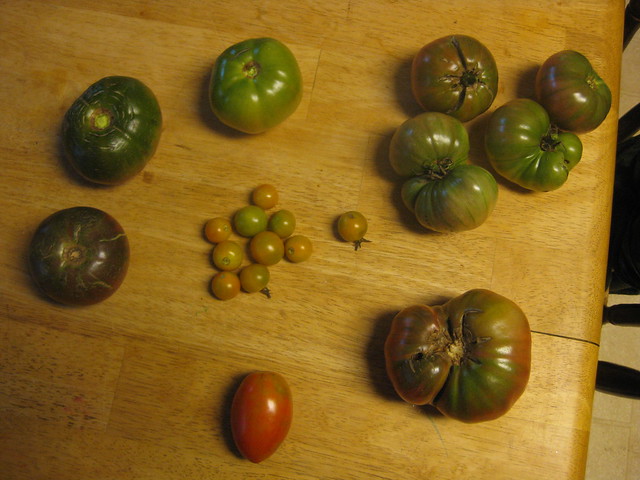 I also have Black Krim and some Riesentraube, but none ripe enough for the photo op.

Here in Southern New England, the season of Tomato Chicken commences: the vines have already begun dying from last week's cold nights, but we really shouldn't have an actual frost until October... How many tomatoes will ripen before the frost? How green should you pick them, just to be sure you don't lose one or two that could have still been good? How much Hitchcockian tomato tension CAN YOU STAND?

How much salsa and gazpacho and how many BLTs can one woman eat?

scott_lynch next week, though. Oh, lucky them.

Scarlet runner beans are also nearly ready, and I think I will be bringing a bag of tomatillos to Viable Paradise. Also, a few chili peppers have been ripening, and by month's end it will be time to pull the parsnips.

And now, since I have done an absolutely disgusting amount of work and errands and stupid admin stuff today, I get to bugger off and play Portal 2 for the rest of the night.
Collapse