Abi Sutherland sent me a kintsugi kit from the Netherlands, and I have just spent a very happy hour using it to fix a pottery vase my dad gave me years ago, which was damaged in a move, and to give prosthetic ears to two pottery bears. I think it would be pretty easy to assemble such a kit from modeling epoxy, resin epoxy, and gold dust, and it turns out the repair process is ridiculously easy and quick. 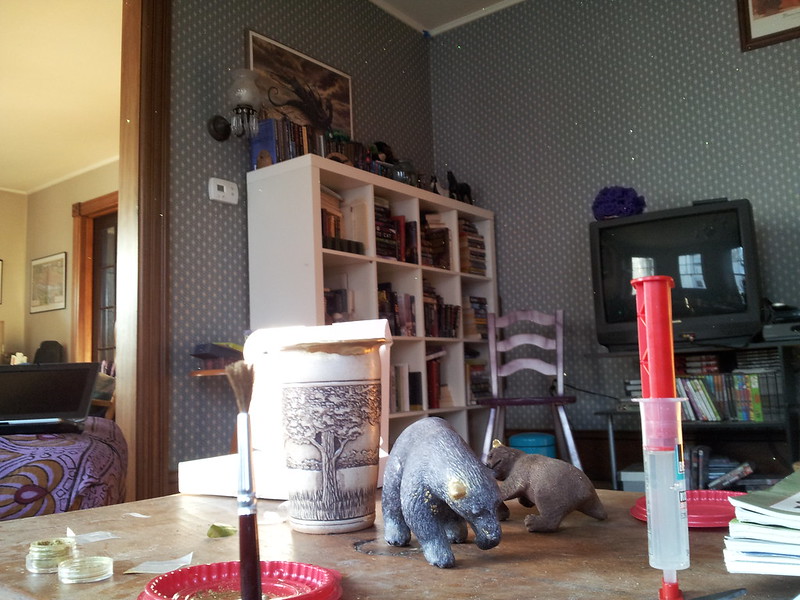 Kintsugi is one of my favorite metaphors for surviving trauma--it's true, after all: you'll never be the same again. As Tom Waits sang,

you can never go back
and the answer is no
and wishing for it only makes it bleed.

But here's a repair process that proves that even things once broken can be made beautiful and useful again. And the character can be part of the charm.

Working with the powdered gold means that the entire room fills up with tiny beautiful magical pixie-dust sparkles that glitter and flash. 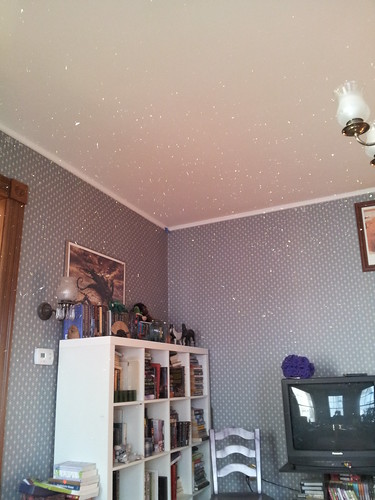 I'm totally putting that in a book.

Now I Just have to decide which bear will be known forevermore as Tycho Bearhe. 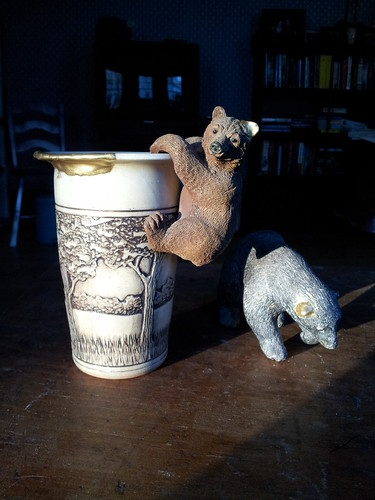