Ace got his clip today. He's as happy to be naked as any three-year-old. 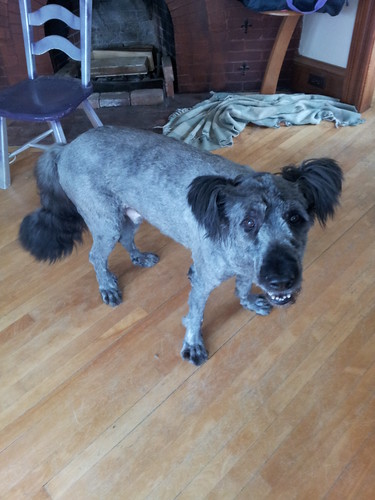 Here's what came off of him: 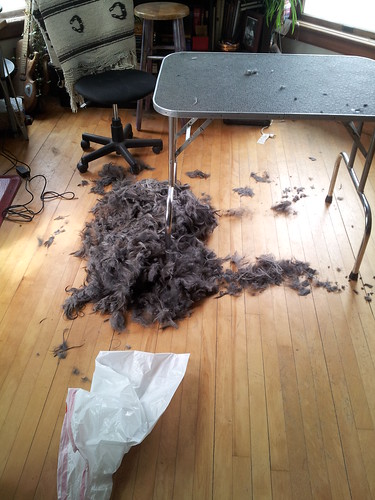 Check out this awesome pile of books! 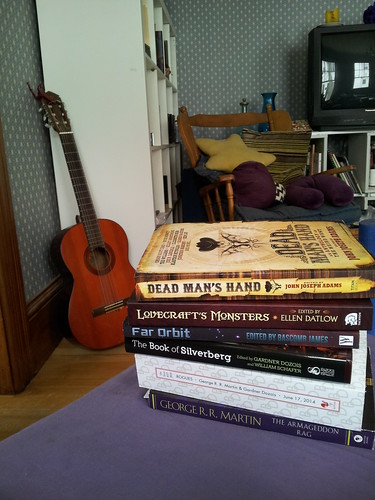 (Not pictured: Magic City: Recent Spells, edited by Paula Guran. Also, Notice how subtly I slip a plug for the Dozois/Martin edited Rogues in there, seeing as how my boyfriend has a story in it. Or possibly I'm just gloating over having scored an ARC.

Armageddon Rag is in the pile because I happen to be reading it currently.)

First off, a Swedish translation of "The Ghost Makers" is forthcoming in the online zine Einhorningen. I'm looking forward to that! Also, my essay "Dear Science Fiction, I'm Glad We Had This Talk," is being reprinted in the anthology Far Orbit, edited by Bascomb James.

Here are a couple more ToCs to pique your interest.

Table of Contents:"Only the End of the World Again" by Neil Gaiman"The Bleeding Shadow" by Joe R. Lansdale"Love is Forbidden, We Croak & Howl" by Caitlín R. Kiernan"Bulldozer" by Laird Barron"A Quarter to Three" by Kim Newman"Inelastic Collisions" by Elizabeth Bear"That of Which We Speak When We Speak of the Unspeakable" by Nick Mamatas"Red Goat Black Goat" by Nadia Bulkin"Jar of Salts" and "Haruspicy" by Gemma Files"Black is the Pit From Pole to Pole" by Howard Waldrop and Steven Utley"I've Come to Speak with You Again" by Karl Edward Wagner"The Sect of the Idiot" by Thomas Ligotti"The Dappled Things" by William Browning Spencer"The Same Deep Waters as You" by Brian Hodge"Remnants" by Fred Chappell"Waiting at the Cross Roads" by Steve Rasnic Tem"Children of the Fang" by John Langan
Collapse