I may have eaten entirely too much candied orange peel today. And the syrup. I'm not sure I'm EXACTLY regretting my choices, however.

I crossed so much administrivia off my to-do list today. Not all of it, but a great deal. And for one brief, shining moment my inbox was at 1, and the thing it was waiting for was somebody else.

I feel like I should document these candied peels for posterity, as they are in honor of my boyfriend's character, Doña Sofia, and are therefor infused with brandy.

Get your thick-rinded oranges such as a navel, and peel them. Slice the rinds into convenient chunks or strips. (eat the insides.)

Submerge the rinds in cold salted water and bring it to a boil. Boil hard for a minute or so, and drain. Then submerge them in cold water again and again bring them to a boil this time for five minutes. Drain once more, and then return to the pot with:

(This is for five or six oranges)

Bring all this to a boil, stir it, and simmer it very softly, stirring occasionally, until the rind is translucent--about three or five hours. Then pour in a half cup of brandy, stir, and simmer again for an hour or so.

At this point, use a slotted spoon to lay the candied rind on racks to dry (over parchment paper, newspaper, or baking sheets) and ignore them until tomorrow. 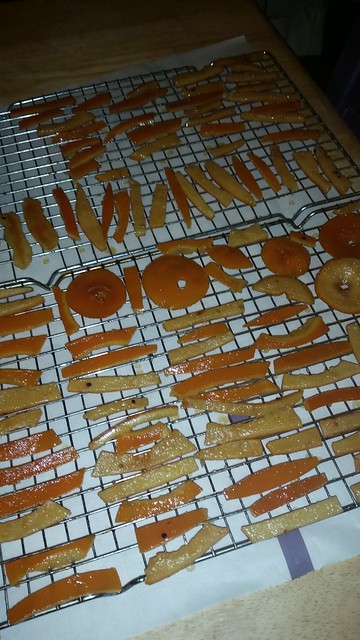 Tomorrow, you will toss them in sugar (possibly into which has been grated some orange zest) and then, if you like, swirl them in melted chocolate.

Meanwhile, back in the tea-- 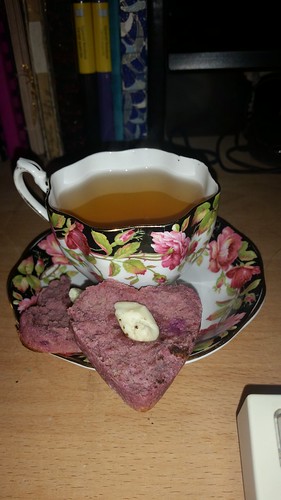 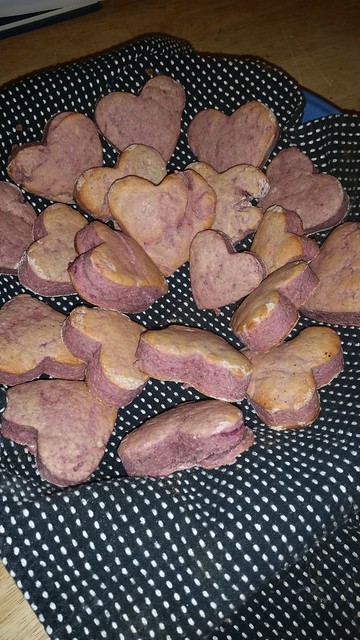 And lunch was garlic soup with a poached egg, after the Yoga Journal recipe here. I also put some avocado slices in mine. It's delicious, eat it. 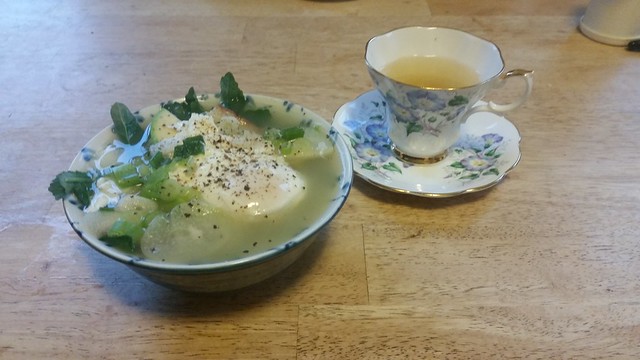