Another very fine review of Karen Memory by Russell Letson in this month's Locus. It's not online, but here's my favorite bit:

"Karen Memory is a delight, a tour-de-force of historical reimagining and character creation, and a ripping yarn full of surprises..."

I love the voice of the protagonist in this. She's an elderly AD&D style cleric with an attitude problem, and the voice I am aiming for is sort of one part K.J. Parker, one part Avram Davidson, and one part L. Sprague de Camp.

Sister Scholastique rolled onto her back, pulled the hard, sawdust-stuffed pillow over her head, and reflected on the sure and certain hope for peace and for virtue rewarded in the next world. She had determined that there was little enough of either in this one.

The dogs had been barking for half an hour at least, and the Sister was wondering if it would be selfish misuse of divine Grace to do something about the too-loud-for-midnight conversation below the narrow window of her narrow cell which was so inspiring them. She had all but convinced herself that, on the contrary, a small silencing would be in the service of the Gods and the slumber of decent people, when a phrase of conversation somehow floated between canine choruses and made itself audible to her.

This is my story for the Worldspinner kickstarter.

Whatever else is going on, she's delighting me. I just hope the plot engine starts spinning the wheels on its own soon, because right now I'm out there working the propeller for all I'm worth. 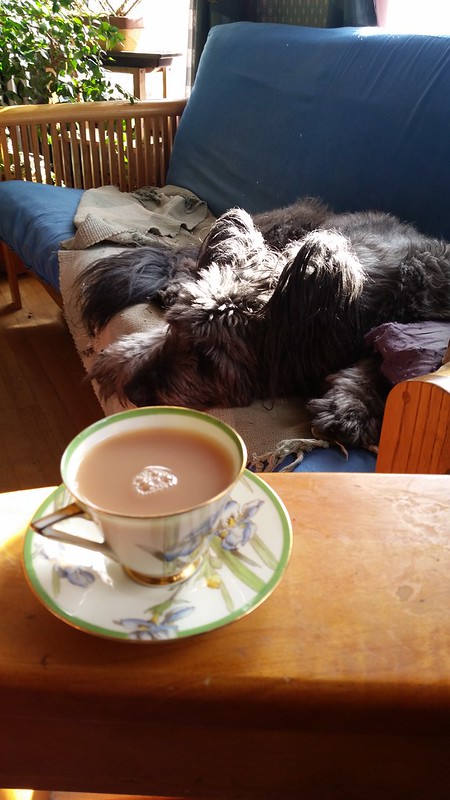