it couldn't come at a worse time

It's time for the year-end roundup self-pimpage post, I'm afraid. Okay, a bit late, but I've been busy!

I've recommenced work on Steles of the Sky, which cannot be finished soon enough to suit me at this point, but will probably take another couple of months at least. It's the Only Thing On My To-Do List until it's done. And then I have a metric butt-ton of other work that will have piled up behind it, including a bunch of short stories and Shadow Unit.

So we're not quite at "If I do not finish the book today, I will only have to finish it tomorrow" levels obsession, but I'm working up to it.

So, excelsior. And once more unto the breach, etc. 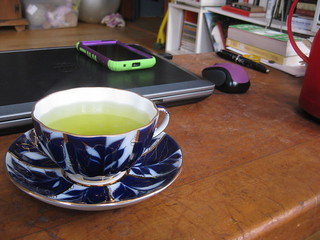 Gosh, look at that greeeeeen.

It's also time for the obligatory year-end (year-beginning) roundup of what I published last year!

So now you know.

In other publication-related news, As you can see above, Issue 3 of Fireside and the audio anthology Rip-Off both dropped last month, and are available for your delectation.

As your reward for sitting through all of that, here's a picture of my naked ridiculous dog enjoying a pterodactyl and a heating pad. 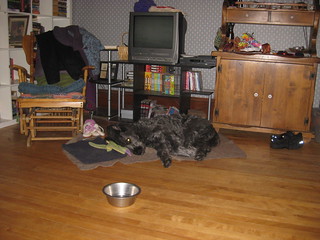