I've been so damned busy I've been letting Friday night mixology inventions slide by without blogging them. Which means that once they vanish into the fortnight time limit of twitter tags, they could be gone forever!

Last week (actually, on Sunday, during a birthday party for my friend 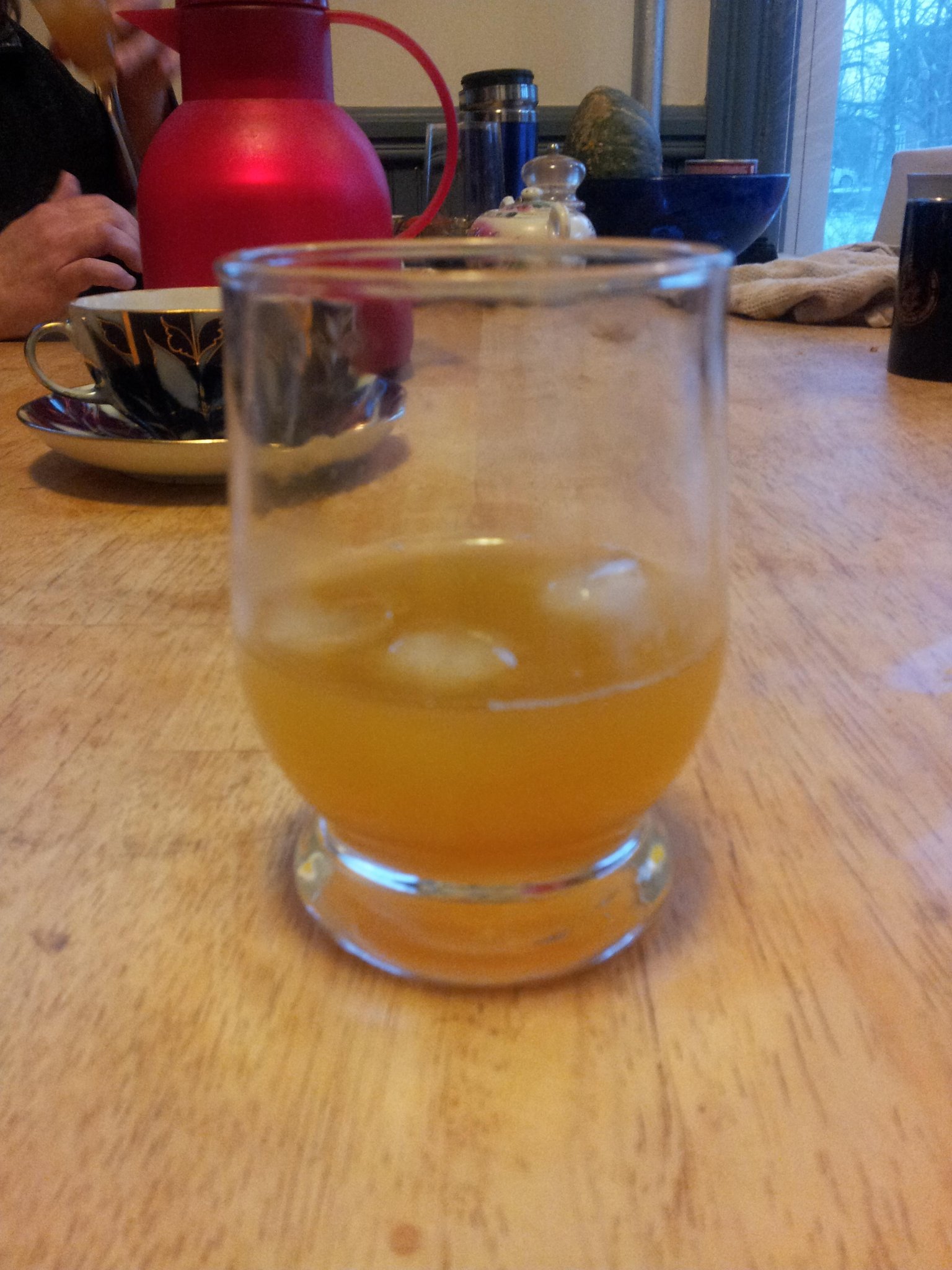 This is an ounce of pineapple juice, an ounce of Orange Dry (that's a New England thing, apparently--not-very-sweet orange soda with some actual OJ in it. Orangina is the canonical one, but Polar makes a good one, and Hosmer Mountain used to before the Corn Syrup Incident. Oh, Hosmer Mountain Orange Dry and Birch Beer, circa 1989. You live on in my Yankee memory.), a half ounce of Black Seal 151, a half ounce of Triple Sec, and a dash of orange bitters. (I used Bitter Truth, because their orange bitters has cardamom in it and therefore rocks the Manhattanhenge, my favorite Manhattan variant: sub in Amaro for the vermouth, and orange cardamom bitters for the regular bitters. Die happy. The bartenders at Peché in Austin invented this and they are geniuses, go there.)

It is Not Very Alcoholic.

However, tonight's Friday Night Cocktail had me tipsy at half a glass. When I handed my dear Mr. Lynch his glass, he tasted it and remarked, "You're crazy. And I love you."

Because it also has rum, and we were on a nautical theme involving cats, and because I am a huge Mississippi John Hurt fan, I dubbed this the Salty Dog. Yes, I know there's already a Salty Dog, but it's a fucking Greyhound in a salted glass, and John Fucking Hurt deserves a better fucking drink. 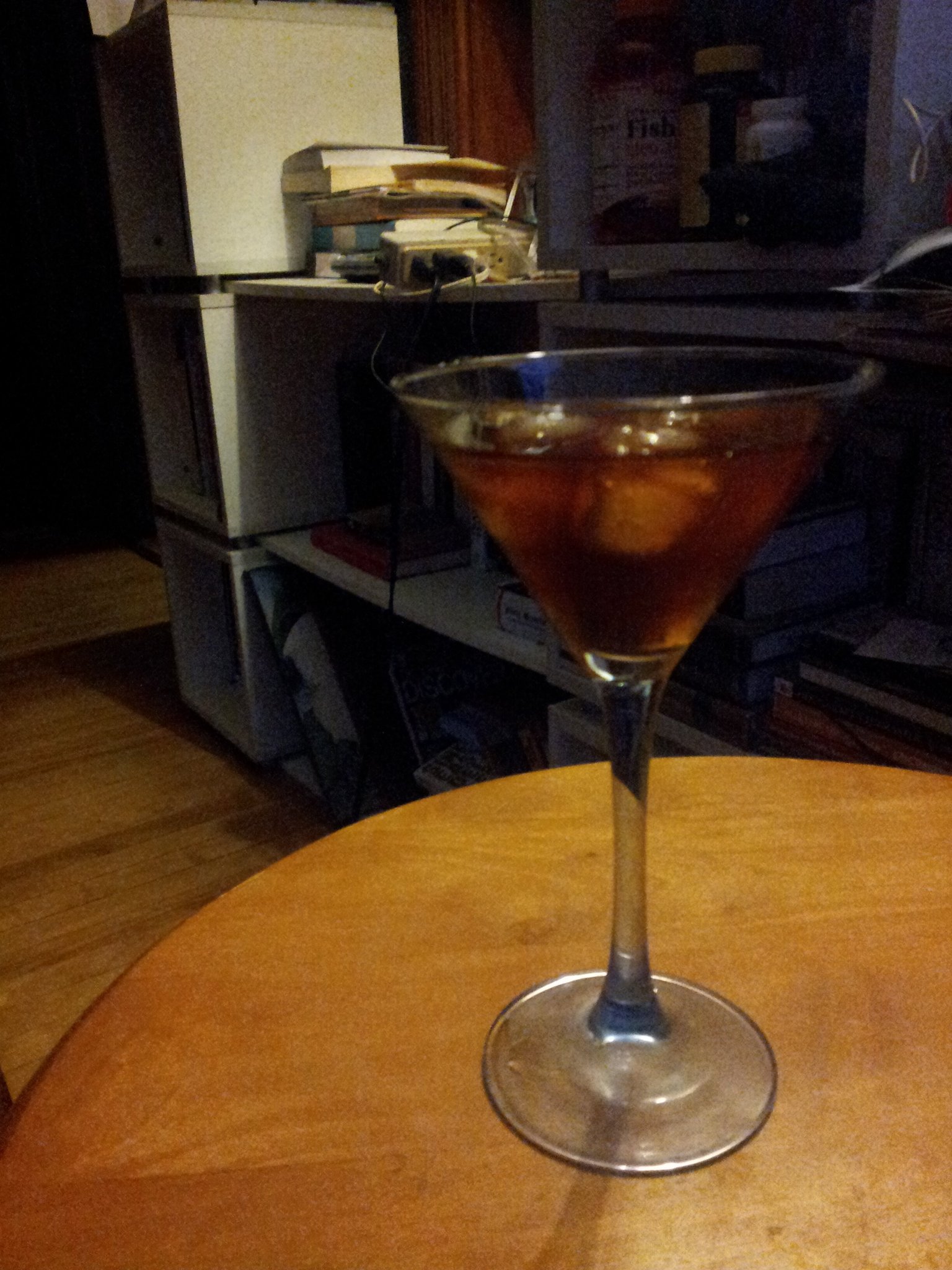 This is 1 shot (1.5 ounces) of that same Black Seal 151, half an ounce of Sambuca, and half an ounce of Salmiakki salted liquorice liqueur, which I happen to have a bottle of because the delightful folks at Darkover Grand Council gave me some as a part of my Guest of Honor gift two years back.

If you like liquorice, I recommend this. But it is not for the faint of heart. This cocktail Gets The Job Done, as they say.

(yes, that's the view from where I write books. Pls to ignore power cords.)