you must dance for ketchup.

I went to ALA, and only brought you back a photo of a quicksilver jellybean. 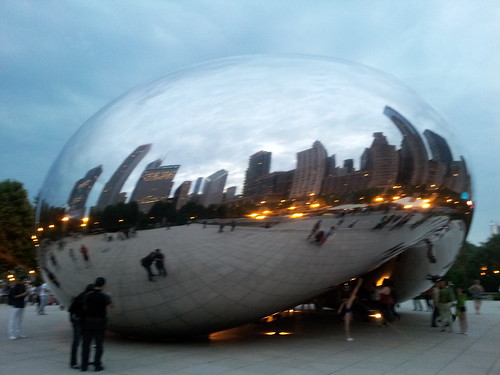 For the past four days, Scott and I were either traveling from Wisconsin to Chicago, being at ALA, or traveling from Chicago to Wisconsin. This trip involved a panel (with Timothy Zahn, John Scalzi, Brandon Sanderson, David Brin, and Cory Doctorow), an interview, two signings, some long walks, three business dinners, and two (2) stops at The Norske Nook in Osseo (famous for pie) for pie. One of the dinners was at the Gage in Chicago. Wow. Actually, Chicago acquitted itself beautifully in all fronts with regard to food. The other dinners were at Gioco and at Joe's Seafood, Prime Steak, and Stone Crab.

I also got to meet a bunch of internet friends in person for the first time, and reconnect with some old pals. And make some new ones!

The Gage makes this cocktail they call Fortune & Glory, which is Plantation 5 year old rum, punt e mes, aperol, and green chartreuse. RELEVANT. I wish I had taken a snapshot.

Courtesy of Patrick Nielsen Hayden, I also experienced my very first Chicago-Style hot dog, which was delicious, and here is the proof: 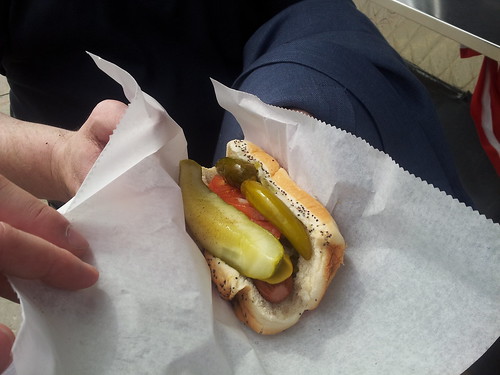 They have rules about how they will give you a hot dog in Chicago, by the way: 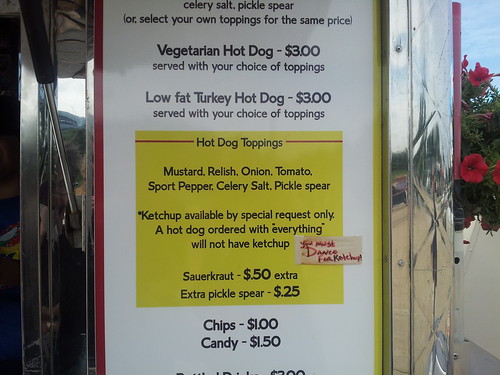 Chicago is awesome, exhibit A: this is a subway sign: 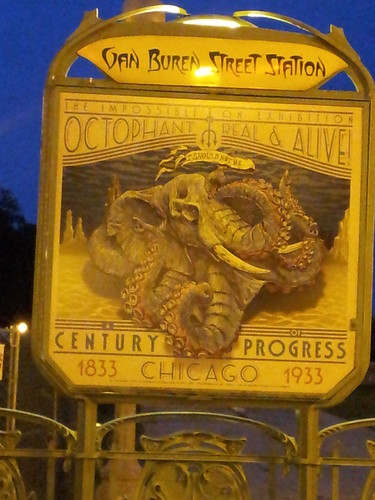 (You could see the El from our hotel room, and the not-Sears Tower. I may have been a little too excited about these things. Here is the view from said hotel room at dawn: 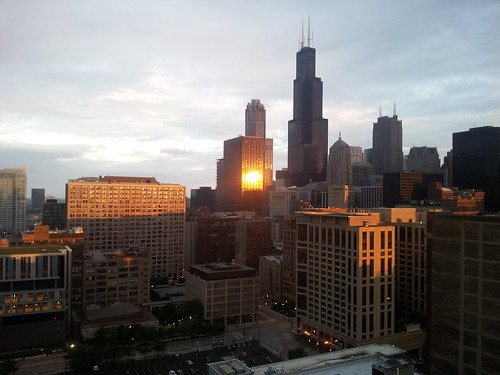 I also managed to get up and run both Saturday and Sunday mornings, no small feat given the amount of wine going around those dinners. Our hotel was a couple of blocks from the lake, and I will state now that there is little to compare with early morning runs along Lake Michigan for glamour! 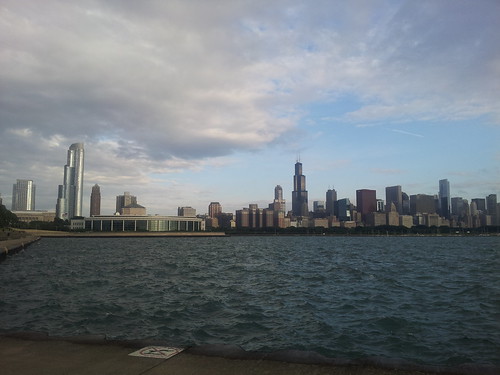 I have such a crush on Chicago.

We were pretty busy, but Sunday night we managed to go look at Cloud Gate, which I had never seen before. It's astounding: a giant mirrored curved thing. I had to hug it. I think Patrick took a photo, but for now here's one of me and Scott reflected in its surface. 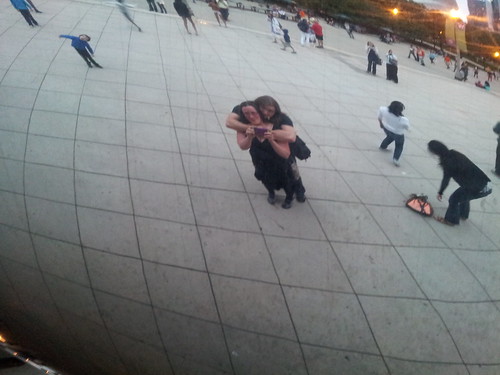 And then we went back to the hotel and I fell asleep while he worked on galleys. But before that, there were fireworks out our window. 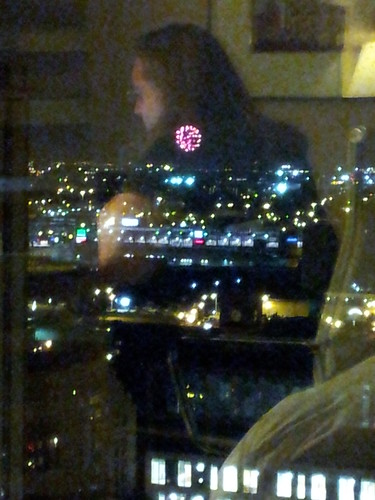 Now I am on the couch in my pajamas with a cocktail made of Chambord, bourbon, and raspberries, and I don't plan to move for a good long while.