Today, I survived the unholy embrace of the DMV, and it only took two trips to get my car registered and my license transferred. (I was sent back scavenging for some missing paperwork. N.B., if you ever have to register a car in Massachusetts, they want some arcane form from your insurance company: normal proof of insurance just will not do. And it turned out my title was exactly where I had already looked for it three times--right where it ought to be--even though I hadn't touched it since 2007. It was hiding between some old tax returns and laughing at me.)

Reward: chocolate and brandy. And a nice cup of green tea. 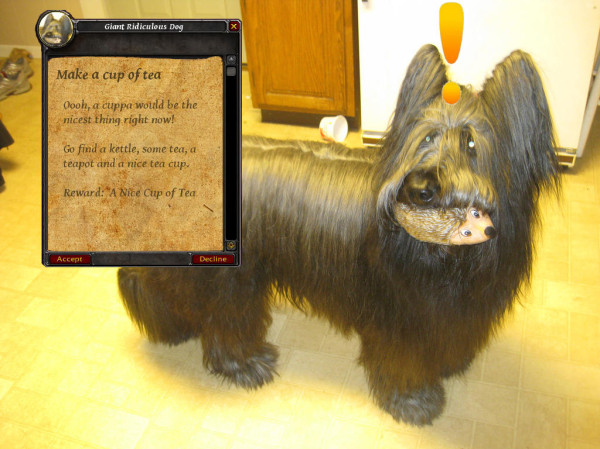 And I put the new plates on my car. Which would have been easier if some nimrod at the dealership hadn't decided to affix the front one with non-rustproof hex bolts in two different sizes.

I took it off with pliers, a hex wrench, a screwdriver, and a pair of dikes.

I won't tell you how I got the new one on, but hypothetically speaking, it's a real pain in the ass getting epoxy out of your hair.

In other news, it is a gorgeous September evening out there--so nice the dog got twice as long of a walk as I planned. Almost makes up for having August all June and July.

Tags: bay state, everybody talks about the weather, giant ridiculous dog, like a fucking adult or something
Subscribe