Ahem. I have a small announcement to make. 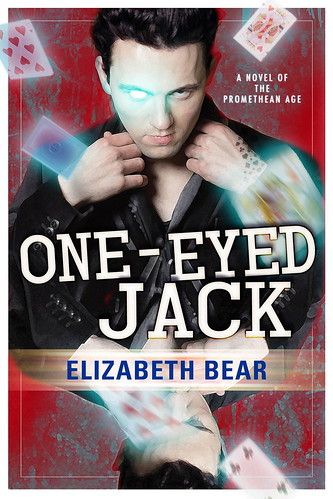 One-Eyed Jack
A Novel of the Promethean Age

Yes, for reals this time, and now with a shiny new cover.

The One-Eyed Jack and the Suicide King: personifications of the city of Las Vegas—its history, mystery, mystical power, and heart...

When the Suicide King vanishes—possibly killed—in the middle of a magic-rights turf war started by the avatars of Los Angeles, a notorious fictional assassin, and the mutilated ghost of Benjamin “Bugsy” Siegel—his partner, the One-Eyed Jack, must seek the aid of a bizarre band of legendary and undead allies: the ghosts of Doc Holliday and John Henry the steel-driving man; the echoes of several imaginary super spies, decades displaced in time; and a vampire named Tribute, who bears a strikingresemblance to a certain long-lost icon of popular music.