dainty as a dishrag. faithful as a chow.

Apparently I am in the middle of a cycle of stories taking the piss out of academia. I finished one already this year--"The Bone War"--and it's a central theme of the thing I'm contributing to Worldspinner. And I'm finally getting some traction on "On Safari in R'lyeh and Carcosa with Gun and Camera," a story I have been working on literally since 1989.

I also have a thing called "And The Balance in Blood," that'll be finished as soon as I think of a climax, and a snarky-ass library story that has no title yet, but it does have an epigraph:

“I have always imagined that Paradise will be a kind of library.”

Of course, none of these are the things that are due in January and February.

Of course not. Those are still looking for plots.

(I've been cooking a bunch too, as writing breaks--tomato soup and purple sweet potato biscuits yesterday, green tea agar (it's delicious with rosemary simple syrup), and today a batch of

standuponit's root veggie muffins and some tangerine cream cheese spread to go on them.)

Here, have some pictures of tea. I've been using my beloved and cracked Royal Doulton irises teacup for days, for the moral support, so there's not going to be a lot of variation. *g* 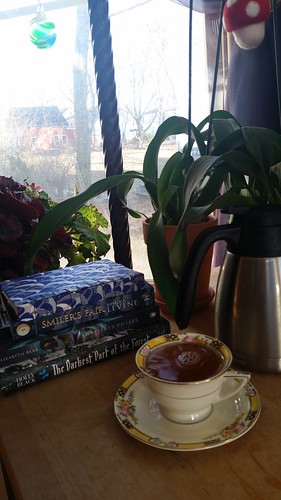 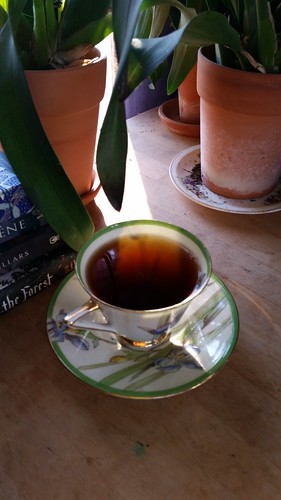 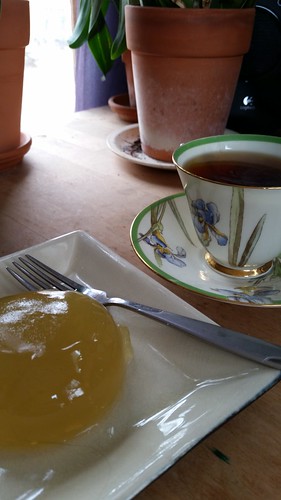 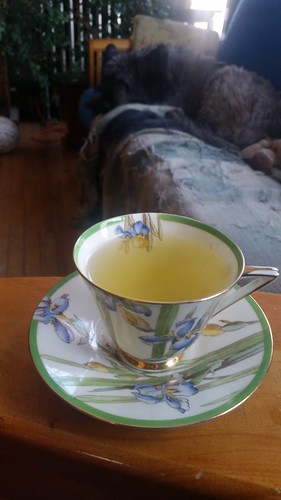 And here, have a bonus picture of my dog. 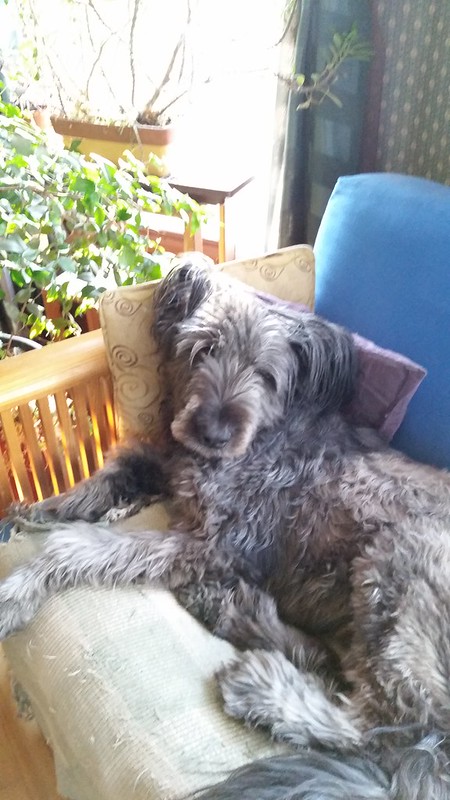